Getting to the essence of cognac: the distiller’s art

The deft hand of the master blender is critical to production 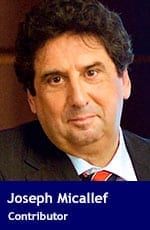 At first glance, cognac production seems straightforward. The local wine is distilled twice, aged in oak casks from a few years to decades and eventually bottled.

In reality, it’s an exceedingly complex minuet where the subtle influences of terroir merge with the distiller’s art and ultimately flower under the deft hand of the master blender.

The result is a complex, nuanced spirit quite unlike any other.

The distillation of cognac is highly regulated. The type, maximum capacity and configuration of the still are all precisely specified by law, although some variation in capacity can be found, especially among very small distillers. The three-part setup consists of a pot still, a worm tube condenser and a wine preheater.

The preheater transfers heat from the distillate vapour to the wine being readied for the pot still.

Even the heat source, an open flame, is specified. Unlike the whisky industry, for example, steam coils aren’t allowed. Most distillers use natural gas to fire their stills, although a handful of very small producers still use wood. In armagnac, cognac’s more rustic cousin, about 25 per cent of the stills are wood-fired.

The first decision a distiller must make is whether to include lees with the wine. The lees are the remnants of the yeast used to ferment the grape must into wine. Once the wine is made, it’s typically rested for 15 to 30 days. The larger lees, visible to the naked eye, settle out quickly and are periodically removed.

The finer lees, however, take longer to precipitate out. If a distiller opts to use the lees in the distillation, he will take the settled lees and add them back to the wine at a predetermined ratio. That ensures consistency over multiple distillations.

The lees retained consist of microscopic particles rich in fatty acid esters. During distillation, these esters combine with alcohol to create a range of oily, colourless, aromatic compounds. Some, like those based on caprylic acid, can smell like slightly rancid goat cheese.

Over time, however, they’re transformed into a range of aromas and flavours, from coconut to dry and candied fruit. These cognacs are also heavier on the palate with more mouth weight and texture.

Distillation on the lees is the norm for cognacs from Grande Champagne and Petite Champagne, especially if the cognac is intended for extended aging. In other crus, it varies.

The use and quantity of lees is also an important determinant of a cognac’s house style. All of Rémy Martin’s cognacs, for example, are produced from wine distilled on the lees. Rémy has a reputation for using a lot of lees in its distillation.

Martell, on the other hand, doesn’t use any lees in distillation in order to create a lighter style of cognac. Hennessy, Courvoisier and Otard/D’ussé distill both with and without lees.

Camus, one of the leading independents and the largest of the family-owned cognac houses, distills its Elegance and Borderies VSOP and XO cognacs on the lees. Its VS and its cognacs from Île de Ré are distilled without lees.

Hardy, another leading family-owned firm, uses eau de vie distilled mostly on the lees, often specifying which option after their master blender has tasted the wine prior to distillation.

When the alcoholmeter shows 30 per cent alcohol by volume (ABV), the distiller begins to collect the distillate. He continues until the ABV drops to about two per cent. At that point, extracting the remaining alcohol is uneconomic.

From an initial charge of around 2,500 litres, the distiller will collect about 800 litres of liquid at an average ABV of around 30 per cent. Called brouillis, the French word for cloudy, it’s an opaque, milky colour, and smells and tastes horrible.

The brouillis will undergo a second distillation to extract the heart cut, the coeur de chauffe, the portion of spirit destined for aging and eventually blended into cognac. The remaining liquid in the still, typically around 65 per cent of the initial charge, will be discarded.

It takes three initial distillations to produce enough brouillis for the second distillation. Here, too, the initial distillate, generally above 80 per cent ABV, is set aside. These heads contain compounds that smell like varnish or nail polish remover. The distillate collected between 80 and 60 per cent ABV, plus or minus a few degrees, is the heart cut. This is the new eau de vie. By law, the average ABV of the heart cut can’t exceed 72.4 per cent.

The tails are the distillate, which is collected below the heart cut. Some of this distillate is segregated and retained. It may be added to the heart cut to add additional flavours and aromas or recycled into the next distillation. The very last portion, the second tails, or queues de seconds, at the end of the tails, is particularly foul smelling and is discarded.

The balance of the heads and tails left is recycled. From roughly 2,500 litres of brouillis, the distiller is left with about 20 litres of heads, around 800 litres of new spirit and around 700 litres of tails. There are roughly 100 litres of second tails and around 900 litres of liquid left in the still. Both liquids are discarded.

As a result of the distillation process, the desirable aromatic compounds in the original base wine have been concentrated by a factor of approximately eight to nine times.

In Hennessey’s and Rémy’s cases, the heads and tails are added to the brouillis, resulting in a richer and deeper cognac. Other cognac houses use either method or a combination of the two.

Another variable that the distiller must consider is the still temperature – a lower temperature results in a longer distillation and much more reflux or rectification.

Reflux is the condensation of vapour within the neck of the still, causing it to fall back and be redistilled. A slow distillation produces a lighter style of cognac, while a faster, higher-temperature distillation will produce a more robust, aromatic cognac because more of the heavier molecular weight congeners will be distilled with the new spirit.

Joseph V. Micallef is an historian, best-selling author, keynote speaker and commentator on wine and spirits. Joe holds the Diploma in Wine and Spirits and the Professional Certificate in Spirits from the Wine and Spirits Education Trust (London).

Food and drink, France, Things to do in France, Wine